by Vincent Ashitey
in Sports

Ghana international midfielder Alfred Duncan has completed a switch to Italian side Fiorentina.

The 26-year-old has joined the Purples on loan from Sassuolo after passing his medical.

A statement from Fiorentina on Friday morning read: ACF Fiorentina announces that it has acquired, on a temporary basis with a redemption obligation, from the US Sassuolo Calcio, the rights to the sports performances of the footballer Joseph Alfred Duncan.

Duncan, born in Accra (Ghana) on 10 March 1993, grew up in the youth sector of Inter and subsequently wore the shirts of Livorno, Sampdoria and Sassuolo, a club with which he has collected 130 appearances between Serie A, Coppa Italy and Europa League. The new Fiorentina footballer also wore the Ghana national team jersey on eight occasions.

The midfielder contributed one goal and five assists in 13 Serie A games for Sassuolo this. Duncan will now be working with coach Beppe Iachini with whom he worked with at Sassuolo in 2017-18. 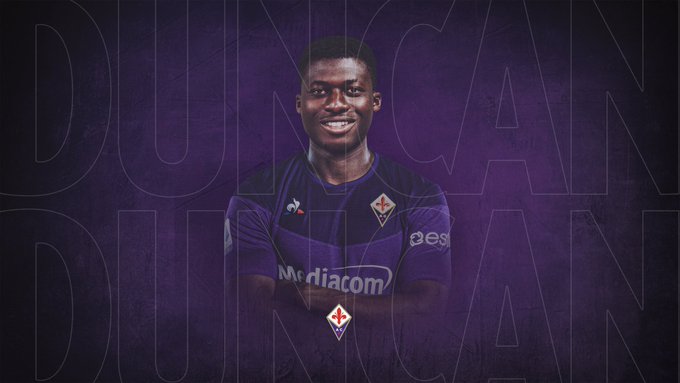 Sam George to file suit against Prez. Akufo-Addo over findings from Ayawaso Commission

Sam George to file suit against Prez. Akufo-Addo over findings from Ayawaso Commission

Mubarak Wakaso wishes CK Akonnor well in his next job

Mubarak Wakaso wishes CK Akonnor well in his next job

No Result
View All Result